Ariel isn't the only one who can have oceanic friends!

Today I was researching animals indigenous to Spain, as I just realized that I will likely see something other than deer and livestock while overseas. Behold! There are dolphins in Spanish waters! When you live in a landlocked state, you sometimes forget that certain creatures are not just created for movies but real breathing beings, like whales and sea horses and unicorns.

My hope is to see at least one of these little fellows: 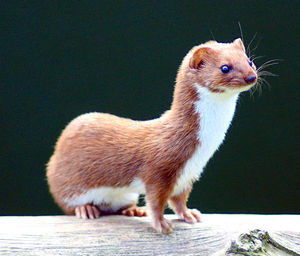 His name is the Least Weasel, which is a sad moniker. No weasel can be least. 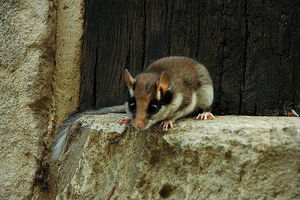 This is the dormouse, whom I hope to find lazing about at a tea party and singing "Twinkle, Twinkle Little Bat." (Apparently, there are also lots of bats in Spain.) 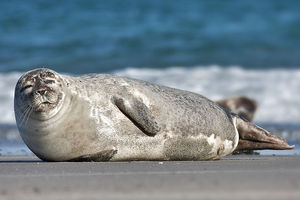 Finally, I would enjoy a glimpse of and/or best friendship with one of these guys: the Harbor Seal. Called the Common Seal by some, though, again, it seems sad to think of a seal as common. (I understand that these are scientific terms. Please understand that I am an English major.)

When I was little, I wanted to become a dolphin trainer, and I spent many a summer evening splashing about in one foot of water (thanks, Cabbage Patch kiddie pool!), pretending to be a dolphin while forcing my brother to play the part of the seal. Ironically, I cannot swim, so my goal is not only to meet these lovely Mediterranean creatures but to learn their ways. And if one of them somehow follows me home and decides to take up residence in my bedroom, well, so be it!