I had a mullet at a very early age.

It was not my fault. I wanted long hair like a Disney princess, and so I got it, party-in-the-back style.

My mom gave me the mullet, but it was not her fault, either. It was the 80's and no one knew better. 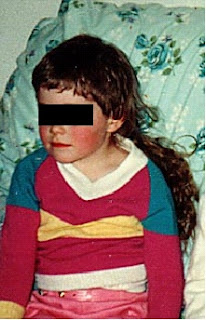 As I got older, I learned that the mullet was not only socially but morally repugnant (like most things of the 90's). The fact that my only friends were books and kittens did not help matters, and my fearful, unconventional spirit was a shining target for bullies. I was not cool. Neither were the mean kids, truly, but at least they had power. I had My Little Ponies and a good library. Not power. Not friends.

When I hit adolescence, I found some friends, and then I started working with kids at camp. That's when I realized: no child should have to feel so completely out of place inside their own skin. Sometimes the only people who had noticed my discomfort, who encouraged me in my gifts, were my teachers. I decided I wanted to become one of them. 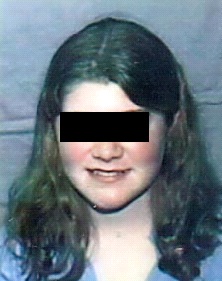 At age 15 (and mullet-free!), I read a semi-cheesy novel about a woman who attempts to hide from her personal demons by teaching at a school for missionary kids in Taiwan. I wasn't looking for a hideout, but I had never realized that people could actually do that: teach, I mean, in a different country. This sparked a tiny, tiny campfire in my heart, which I attempted to extinguish for about ten years. Well, perhaps "extinguish" isn't the right word. But I managed to ignore it for awhile, even when God threw a few more logs into the flames, and I ended my junior year of college crying for a week because I didn't really want to be a teacher anymore. That's when my friend Christin, whose advice I never took, said, "Shar, you want to go overseas, right? Then finish your education degree; with that, you can do anything." So I did.
But I moved back home and ignored the fire for a year or so. Then I finally started emailing missions agencies because it was burning hotter and hotter, and even though I wouldn't commit to anything, the good people of WorldVenture joined hands and sang Kum-Ba-Ya, and things flared, and bam! Now I'm going to Spain.
It wasn't quite exactly like all of that, but mostly.
I think the story is better in person, and I would be glad to relate it to you that way, if you like.

That's how it started, this new piece of my life in which I move to a new country, start a new job, and communicate in a language I know only fractionally.

Also, I no longer have a mullet.
Posted by sharbear at 8:50 PM